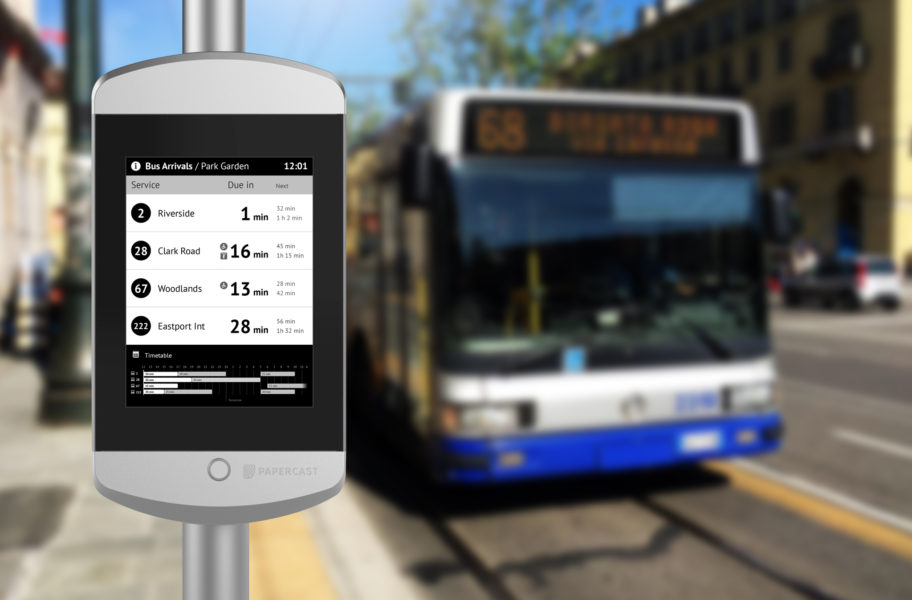 As part of its modernisation programme, Gruppo Torinese Trasporti S.p.A. (GTT), Turin’s local transport company, has selected Papercast for its next generation solar powered e-paper bus stop display system, using E Ink technology. Papercast is being deployed to not only to modernise the city with a sustainable technology, but also to improve passenger satisfaction.

Alberto Forchino, Head of Telematics Systems at GTT, says: “Papercast has demonstrated that it has a far superior technology compared to the alternatives. It offers significantly better power efficiency and wins on all other technical points, including screen visibility, content management and overall design”.

The programme is part of a wider city modernisation programme throughout Turin, with the primary aim to improve the quality of information provided to passengers at the bus stop with a self-sustainable future proof solution that can be indefinitely solar powered.

The current LCD and LED passenger information displays can be a drain on power, requiring battery replacements every two-weeks across the network. Papercast will supply 13.3” solar powered e-paper displays fully integrated into GTTs live GTFS data feed to show live arrival information – without the need to ever change batteries.

“We didn’t set-out specifically with e-paper in mind. We knew that technological advancements had surpassed LCDs and LEDs in outdoor, standalone environments but were open minded around the technology we moved forward with. E-paper, in particular Papercast’s technology, far exceeded our expectations,” adds Alberto.

“We are thrilled that GTT has selected Papercast’s technology for this landmark programme. This underlines the preference that global transport leaders have for Papercast, because they can validate that our system delivers unbeatable performance, features and usability,” said Robert Bicket, CEO of Papercast. “There is an increasing need to deliver more sophisticated live content to bus stops, using a signage technology that is completely self-sustainable. Papercast offers the perfect solution”.

Designed, developed and produced in its entirety in-house, Papercast was launched in March 2016 after comprehensive field testing. One year later the advanced quad-core e-paper driver (EPD) board was launched to power the ‘next generation’ range of e-paper displays and in July 2017 a new ruggedized IP65-rated enclosure was introduced. Papercast is currently deployed in more than 15 cities across the world.

CHIEF EXECUTIVE OFFICER Robert focuses the company on a single global strategy aligned with the needs of the market. He is also responsible for developing our capability in all disciplines and collaborating with delivery partners to establish our market position in key geographies. 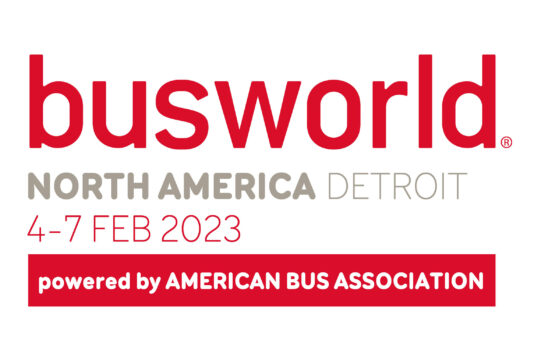 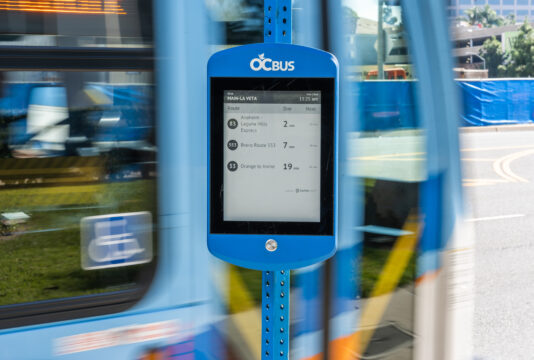